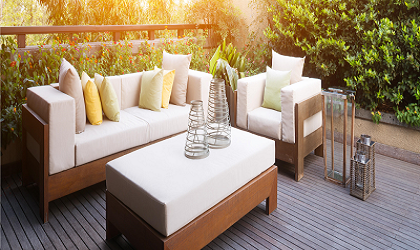 Brentwood is known as one of the wealthiest areas of Los Angeles, its population of roughly 235,000 peppered over the years with affluent professionals, political figures and celebrities like Harrison Ford, Steve McQueen, Cindy Crawford, Gwyneth Paltrow, Marilyn Monroe and Arnold Schwarzenegger.

A Charmed Existence Until...

A History of Striving

Brentwood was once part of the Rancho San Vicente and Santa Monica land grant. In 1848, it was sold off as parcels after Mexico’s defeat in the Mexican-American War.

The Brentwood area began in the late 19th century as part of the small community of Westgate, and Los Angeles annexed Brentwood in 1916. Today, Westgate Avenue remains as a reminder of this past.

Many local streets are named after British regions like Barrington, Bristol, and Gorham, yet the neighborhood has no connection to Brentwood, England.

In 1961, a fire, fanned by the Santa Ana winds, spread into Brentwood. Though 484 homes, fully 22 percent of the homes at that time, were destroyed, no one was killed.

The fire, however, burned 16,090 acres of land and caused approximately $30 million worth of damage.

Brentwood came back and is now a safe, stable community, according to LA Life, where 10 public and private schools perform well above statewide goals, where crime is 44 percent lower than the LA County average, and where the area's luxe homes sell for about $550 a square foot (94 percent of LA homes are less expensive) and pricey condos go for some $460 a square foot (92 percent of LA condos are less expensive).

It is also a community of local traditions, like the annual raising of the maypole on the lawn of the Archer School for Girls, decorating San Vicente Boulevard’s precious coral trees with holiday lights every year, and the occasional Memorial Day parade.

Where Brentwood Shops, Dines, and Lives

Denizens of Brentwood shop for their daily bread at the local Whole Foods or at a nearby Bristol Farms, a store so upmarket it has its own wine steward and a beautiful flower department that's been known to furnish flowers for weddings.

For a meal out, residents might order from one of the restaurants at the picturesque Brentwood Country Mart (where the paparazzi camp out in search of celebrities), or they might have lunch at the Restaurant at the Getty Center, where they can enjoy sweeping views and this gorgeous campus of the Getty Museum and other programs of the Getty Trust.

Then it's home to one of the twentysomething enclaves inside Brentwood that read like an ode to the well-to-do, from Brentwood Country Estates and the gated Mountaingate to Brentwood Hills and Brentwood Highlands.

"All data, including all measurements and calculations of area, is obtained from various sources and has not been, and will not be, verified by broker or MLS. All information should be independently reviewed and verified for accuracy. Properties may or may not be listed by the office/agent presenting the information. IDX information is provided exclusively for personal, non-commercial use, and may not be used for any purpose other than to identify prospective properties consumers may be interested in purchasing. Information is deemed reliable but not guaranteed. The listing broker’s offer of compensation is made only to participants of the MLS where the listing is filed."

Please provide your name and email