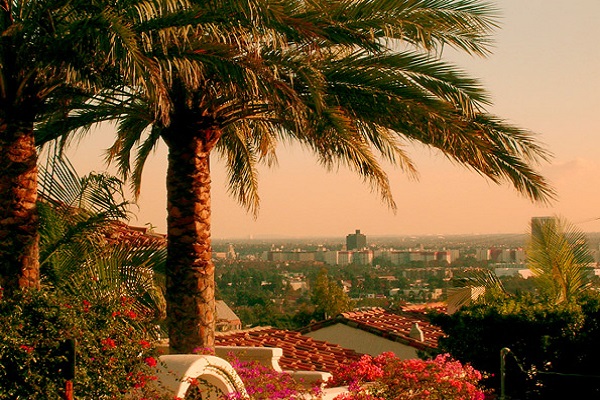 West Los Angeles is a term for two residential and commercial areas in the city of Los Angeles, California, mapped differently by different sources and on opposite sides of the Interstate 405 Freeway. Each of them lies within the larger Westside region of Los Angeles County and together they comprise the 90025 zip code.

The Stoner Recreation Center is situated in the area. The center includes a waterpark, barbecue pits, a lighted baseball diamond, lighted outdoor basketball courts, a children's play area, a lighted football field, an indoor gymnasium without weights and a capacity of 300 people, picnic tables, a lighted soccer field, lighted tennis courts, and lighted volleyball courts. The Annual Cherry Blossom Festival, co-sponsored by the West Los Angeles Japanese American Community Center, is held at the park. Other parks and recreations in the area are Cheviot Hills Park, Rancho Park Golf Course and Reynier Park. Sawtelle Boulevard has become one of the most prominent food streets in the city and the entire 90025 zip code, encompassing both sides of the 405 freeway, is undergoing more teardowns of old residences than anywhere other in the city.